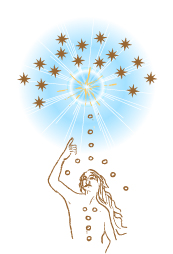 These conditions seem thus far to be the present when the Brain or nervous system is unstable from injury, infection or other factors. Frequently that means sustained spasm or hypomobility in all or part of the brain. Prolonged spasm seems to lead to lack of adaptability and plasticity and thus contributing to regular compensatory dysfunction in a wide array of regions, the most frequent being the digestive tract.

Over eighty of these disruptive adaptations have become known to me so far. They include: various types of engorgement, refluxes, bioaccumulations, dulling down a specific function et cetera. They seem to play a part in many conditions such as Parkinson’s disease. There is an autonomic dysfunction wherein the brain bio-accumulates and does not release dopamine. Thus it is unavailable to the system. It would appear as if it were not being made, but it is being made, just not getting anywhere and it’s needed for smooth coordinated movements in the body.

Autonomic dysfunctions are important in treatment of a wide range of conditions and noteworthy for their bizarre manifestations. Like a puppet on a string the brain in its distress has effects on many tissues at a distance. Some are common, some occur rarely. In some I also know what the trigger event that stimulates the brain to “shift gears” in these ways, and others I do not. So far all of the ones I have come across, I have learned how to bring back into balance and how to objectively test for them, so that people who aren’t clairvoyant can find them.

Specific dates and times for this class will be announced in the future.